Support Gay Marriage or You Can't Serve in the Military

This article asks a compelling question - Should Christians with natural views on sexuality and marriage have the ability to serve in the military ? 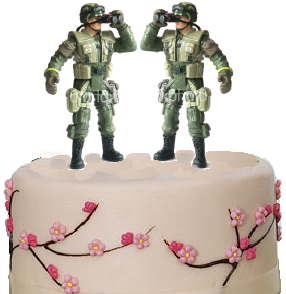 A 19-year veteran of the Air Force said he was relieved of his duties after he disagreed with his openly gay commander when she wanted to severely punish an instructor who had expressed religious objections to homosexuality.

“I was relieved of my position because I don’t agree with my commander’s position on gay marriage,” Senior Master Sgt. Phillip Monk told Fox News. “We’ve been told that if you publicly say that homosexuality is wrong, you are in violation of Air Force policy.”

The Liberty Institute is representing the Christian airman in case the Pentagon decides to retaliate.

“Are we going to have a ‘Don’t Ask, Don’t Tell’ policy for Christians so we don’t get harassed for our beliefs?” attorney Hiram Sasser asked Fox News. “Here’s a guy who wants to have his religious liberty and serve in the military. He shouldn’t have to believe in gay marriage in order to serve.”

A spokesperson for Lackland Air Force Base public affairs told Fox News Monk was not punished and that he was simply at the end of his assignment.

"They did have a disagreement, but supposedly, they agreed to disagree," the spokesperson told Fox News. "But the wing commander said there was no punishment.

Monk has served as a first sergeant at Lackland Air Force Base in San Antonio since 2011. He recently returned from a deployment and discovered he had a new commander – an open lesbian.

“In one of our first meetings, she was talking about her promotion and she mentioned something about a benediction,” Monk told Fox News. “She said she wanted a chaplain but objected to one particular chaplain that she called a bigot because he preached that homosexuality is a sin.”

“She then said, ‘I don’t know what kind of people actually believe that kind of crap,’” Monk said, recalling the meeting. “I knew I was going to have a rough time in this unit and I would have to be very careful what I said.”

Click HERE to read the rest of the article