Campaign Training Will Give Conservatives an Edge To Compete

One of the essential goals of our ministry is to get more pro-family Alaskans elected. Locally. Statewide. Federally. 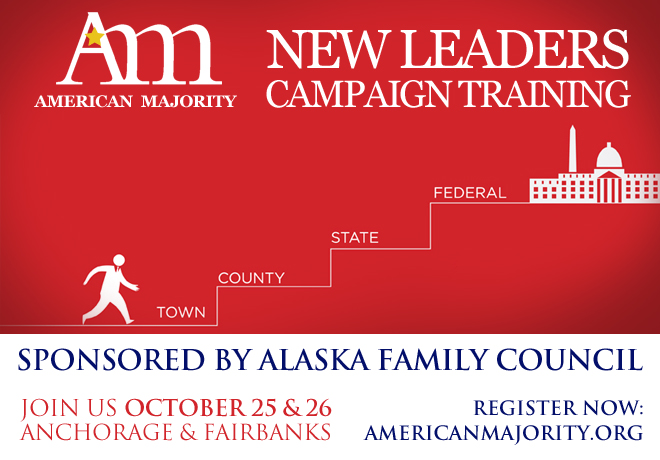 In order to get our state and country more aligned with policies that protect and defend innocent human life, strengthen marriage, assure religious liberties and safeguard parental rights, we simply need more leaders who are willing to step up and create change.

Some of those people are already in office and need help keeping their seats.  Others are challenging an incumbent or putting their names in the ring for the very first time.

Either way, most often, they'll be facing stiff competitive races and need all the help they can get to position themselves and attract the votes that will get them in office.

The Alaska Family Council is privileged to lock arms with American Majority in bringing up their exemplary New Leaders Campaign Training for the first time to Alaska.

Taking place in Anchorage at the Loussac Library on Friday, October 25th and in Fairbanks at the Westmark Hotel on Saturday, October 26th, these will be exceptional opportunities for those who are ready to translate their passions for freedom into real-world change in our communities and state.  Seating will be limited so please CLICK HERE now to register for these top notch training opportunities for candidates, campaign managers and activists. 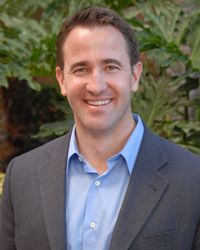 Founded by Ned Ryun, the current President, the American Majority is a "non-partisan political training institute whose mission is to identify and mold the next wave of liberty-minded candidates, grassroots activists and community leaders. Under Ryun’s leadership, American Majority has trained nearly 25,000 candidates and activists since January 2009, conducting 720 in-person trainings in an unprecedented national effort to recruit new community leaders. Ned also conceived of the nation’s first Training Bomb to help train and mobilize the conservative grassroots.

A former writer for President George W. Bush and the son of former Olympic medalist and U.S. Rep. Jim Ryun (R-KS), Ned Ryun is highly sought after for his commentary on Tea Party politics, the national political scene, grassroots engagement and the conservative movement in general.

Again, Alaska Family Council is privileged to partner with such an outstanding organization and give public-minded citizens an opportunity to sharpen their skills and reach farther.