An Analysis of Boy Scout Decision

Greg Schmidt serves on the Board of Alaska Family Council, and is an Eagle Scout and Assistant Scoutmaster.  His opinions are his own, and do not necessarily reflect the opinion of any organization with which he is affiliated.

We now know that Scouting is poised to allow youth of any sexual orientation to participate in its program.  Many are surprised that some of the most conservative denominations in the Nation, which charter a significant number of BSA Troops, did not oppose the proposed change.  How can this be?  For those who love Scouting and all that it has stood for in living memory, it is time to carefully read the entire resolution, consider how it is put into place, and ultimately determine whether they can or should remain in this iconic organization.  A great deal will depend on the implementation policy that will be issued from BSA in the coming months.

For some answers, we need to look hard at the proposal as it is written.  The “Whereas” portions of the resolution itself, available HERE , states that “Scouting is a youth program, and any sexual conduct, whether homosexual or heterosexual, by youth of Scouting age is contrary to the virtues of Scouting.”  It also identifies that “Youth are still developing … and understanding their duty to God to live a moral life.”   The resolution itself (the portion which is binding) requires youth members to “subscribe to and abide by the precepts of the Declaration of Religious Principle.” That means believe it and live it.  Scouts are called to demonstrate behavior that exemplifies the highest standard … consistent at all times (emphasis added) with the values expressed in the Scout Oath.  Since it says “at all times,” one could infer that this is a lifestyle of abstinence (not just while on Scout trips, but while at school and in other social situations.)  As youth standards go, that’s a strong statement (stronger than ever before) that stands against hyper-sexualization of youth in our culture.  Is that what is intended, and how will BSA implement this statement in practice?  The policy then goes on to state that “No youth may be denied membership in the Boy Scouts of America on the basis of sexual orientation or preference alone.”

Very practical questions about including gay Scouts have been raised by Scouting volunteers.  How will Scoutmasters who voluntarily take on responsibility for youth safety carry out such a policy?  Who can safely tent overnight with whom?  If BSA’s own training identifies that the majority of sexual abuse takes place between youths, will the new standards increase risk to youth, and how will the risk be mitigated?  How will bullying, from any quarter, be prevented? What questions may a Scoutmaster ask of a self-identified gay applicant to his Troop, and will a Christian-Chartered Troop allow a self-identified gay Scout who pledges to “remain abstinent” membership?  What about if a Scout (heterosexual or homosexual) makes no such agreement, and demands affirmation of his sexually active lifestyle?

But there are foundational questions that go
far beyond the implementation policy. 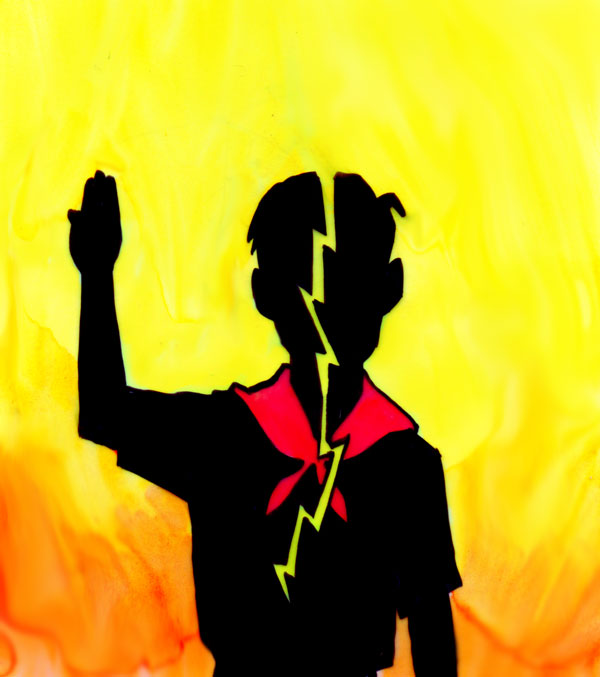 At a theological level, there seems to be a disconnect between a Scout pledging to “subscribe to and abide by” the precepts of the Declaration of Religious Principle; and then  declaring a sexual orientation that runs counter to that principle – and is perhaps an act of rebellion against those precepts.  How will BSA resolve this?  In practice, a prospective Scout may come forward and admit he is “struggling with same-sex attraction” and seek guidance, he may also be a well-coached, militant activist, with an LGBT agenda; or anywhere in between.   Will a Scout leader’s appropriate response be different?  To be effective, BSA’s policy and it’s delivery through the Councils must provide both clear and nuanced answers.

On a cultural level, Scouting now stands astride a fault line between a culture of traditional religious values and secular humanism, at its most volatile flashpoint:  human sexuality among what is most precious to us, our children.   The biblical Judeo-Christian viewpoint has always viewed the expression of sexuality as something sacred, to be expressed within marriage, and a source of a new life (a child) --  while the secular “hook up” culture views sex as simply recreational:  “friends with benefits”, affirming  sex between anyone who consents, and ridding any “new life” consequences as “a burden” to be disposed of.   These two worldviews do not mix well, but both are clearly present in our current culture. BSA leaders at all levels will now need extraordinary wisdom and leadership to navigate this divide.

At a policy level, the BSA resolution correctly addresses this as “social and political” issue that is “not the role of the organization to resolve.”  The issue is indeed social and political, but objections to homosexual behavior are fundamentally on the moral issue, which has become a social and political issue.  The stated mission of the Boy Scouts of America is “to prepare young people to make ethical and moral choices over their lifetimes by instilling in them the values of the Scout Oath and Law,” and moral standards – provided by the giver of all moral reference points -- are clear in the teachings of the religious organizations that Scouts are encouraged to participate in.  Reference to the BSA mission statement is puzzlingly absent in the resolution.  Can policy be developed that courageously addresses the moral issues, but leave the social and political issues alone?  If so, will it allow charter organizations to address the issue in a manner consistent with their religious beliefs?

What exactly is meant by “Sexual orientation and attraction?”  Some claim there are many more orientations than just homosexual.  What if a youth who is genetically a female, but believes herself a male, comes forward for membership and demands to be treated identically as any boy?

Finally, what will be communicated directly to the boys in terms of dealing with this change?  A change in what is messaged to the boys, including addressing this issue in the Scout handbook, or perhaps a new merit badge?  For starters, if BSA can create a patch that celebrates its anniversary or various outdoor skills, surely BSA can create a program and an earned patch that addresses faithfulness to the Scout Oath and fidelity to Religious Precepts – exactly as articulated in the resolution which passed.

I will not attempt to answer these questions on behalf of BSA – only BSA can respond – but clear behavioral standards, defensible in court, as well as a statement of foundational values upon which these standards rely, will be essential.

Scouting has been clear that “no member may use Scouting to promote or advance any social or political position or agenda.”  BSA Senior Board members such as AT&T’s Randall Stephenson and Earnst and Young’s Jim Turley, who have publically advocated for elimination of BSA’s former membership policy, would do well to read and reflect on that standard.  If these Board members cannot “subscribe to and abide by” their own BSA standard and continue to act as advocates, they should reconsider their involvement with the organization.

Executive Scout leaders would strengthen their credibility by forthrightly addressing how their initial attempt to abruptly change BSA’s long-standing membership policy left the majority of Scout parents with reduced confidence in BSA’s Senior leadership.  The shift from a one-way conversation to a “listening exercise” occurred only after a national uproar in the Scouting community;  BSA’s subsequent corporate communication was both delayed and unclear.  With the passage of the resolution, Scouting is truly at a crossroads:  The organization could proactively and energetically engage Scouts and leaders to engage all youth who agree to the Scout Oath and Law, on BSA’s own terms of making ethical and moral choices, precisely as is described in the resolution.  The tools to implement this approach exist, and many extraordinary staff and volunteers remain in the organization to implement them.  If this approach occurs, many youth (including those that greatly need to be exposed to strong, moral role models who care about their development) will benefit.  Or, that prospect may prove to be a pollyanna hope, and BSA could hand over its profound legacy to activists who care far less for the organization and its principles than for their agenda.  If Scouting is to thrive, it will require extraordinary leadership and excellent communication; without both of these, it is at risk of becoming mired in scandal, and known for moral compromise.

The bottom line:  The full resolution that BSA finally adopted gives reason for hope; the recent actions of BSA senior leadership give much reason for suspicion.  Parents and adult leaders have every reason to watch carefully, and be fully engaged in the coming months.  If appropriate, they should be ready to find and support another venue for the character development of their youth.  If Scouting is to thrive, principled senior leadership which does not just talk about character development but sets the example at all times, is an imperative.