Yesterday was a sad day for the Boy Scouts and especially for the boys that decide to stay within the Boy Scouts program. Below, our friend, Tony Perkins, says everything that can be said regarding the decision made yesterday allowing young boys who are openly homosexual to join the Boy Scouts. For those boys who will not depart from the principles of God, Flag, Country and Morality a new opportunity is now being developed. Click here and fill out the information under the "Contact" link if you are interested in leaving the Boy Scouts and gaining more information about this new organization that is forming.

FOR SCOUTS, A BADGE OF DISHONOR 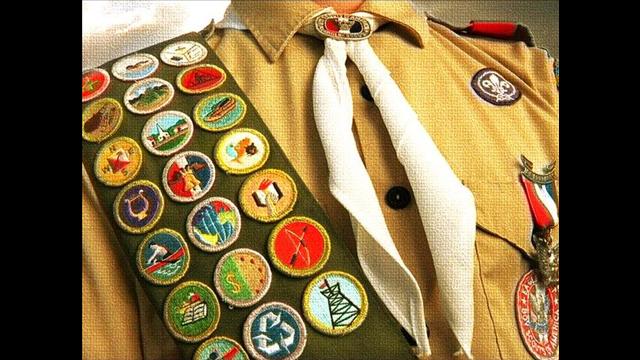 After two decades of bitter back and forth, one of the last strongholds for morality in America finally buckled. Late this afternoon, despite a relentless push by Scouts in every state, the National Council exchanged a century-old legacy for a false compromise that puts an American tradition on the pathway to extinction. After 103 years of principled leadership, the organization proved that it was incapable of the same kind of courage it's been instilling in American boys since the beginning of the 1900s. By a lopsided vote, delegates ushered into the Boy Scouts a new era of moral compromise, allowing homosexual boys and turning against a majority of members in the process.

It took strong-arm tactics, political sharks, and corporate harassment, but the national leadership of the BSA finally succeeded in forcing through a piece of policy that robs the Scouts of its innocence. And now, by opening the door to gay young people, legal experts say it's only a matter of time before the rule on homosexuality extends to everyone--including adults. Almost immediately, BSA councils, Scouting parents, and leaders of the faith-based organizations that charter more than two-thirds of the packs and troops will have to decide how to respond to this decision, which obligates every unit "regardless of their religious convictions" to comply. In the last 12 months, BSA's official estimates show as many as 400,000 boys will leave the BSA as a result, devastating the Scouts financially and leaving them very few options legally.

In the meantime, Councils that believed the lie that this was just about the youth are about to find out that the fight for the Scouts is just beginning. "The Boy Scouts of America will not sacrifice its mission, or the youth served by the movement," a BSA statement read, "by allowing the organization to be consumed by a single, divisive, and unresolved societal issue." Unfortunately for them, that sacrifice was already made in today's tragic decision. Now we must stand with the troops across America who remain committed to the guiding principles of scouting that have helped millions of young boys successfully make the journey to manhood.