Have "Right View" of Homosexuality or You're Fired

Often times those who disagree with us can provide perfect clarity on very divisive issues. In this article written recently in The Atlantic, the columnist says right from the get-go that "Christianity's insistence on treating homosexuality as a sin strikes me as a tragic, historic mistake" and that "homosexuality is both natural and inborn; ...and that opposing even civil unions is a morally objectionable position."

Fairly clear so far that we have a different view of sexuality.

The article however, written in opposition to Fox Sports recent decision to let go college football analyst Craig James over statements he made in a Texas bid for U.S. Senate regarding marriage, is full of truthful statements that should resonate with all Americans, regardless of their view on homosexuality.

How about this one - "Twenty years ago, when gay equality was an outlying position and prejudice against gays was the norm, I would've regarded it as imprudent and unjust to fire a college football analyst because he favored gay marriage or declared homosexuality not sinful. Today, I am every bit as convinced that it's imprudent and unjust to fire someone for calling gay marriage unwise and homosexuality sinful. These aren't remarks that he made on air, while doing his job."

Or this one - "A network would be justified in firing a sports broadcaster for expressing controversial moral or political views during an entertainment telecast that had nothing to do with the subject. But to not hire someone for prior remarks made amid civic debate, and that are indistinguishable from the position taken by almost half of all Americans at the time?"

And finally - "America is always going to be a diverse country that encompasses people with very different political views and moral values. In order to get along, despite our differences, it is useful to debate divisive issues openly through the civic process, and to establish spheres where what divides us is set aside as irrelevant. Fox Sports's actions undermine society's ability to do both things." 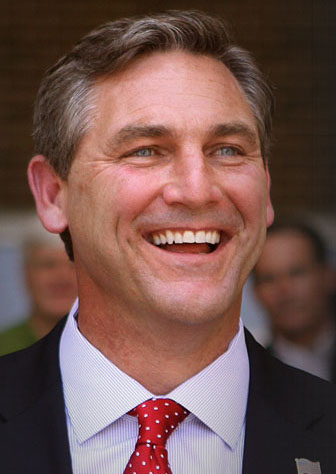 By firing Craig James, Fox Sports is making a very disturbing statement that unless you have a specific view on homosexuality, you are UNWELCOME and UNEMPLOYABLE.  As the writer of The Atlantic article so aptly states, "Do we really want a country where employment is predicated on an investigation of one's political and religious beliefs to make sure that, on matters totally unrelated to the job, you've never said anything deemed unacceptable?"

If your answer is NO to that question, regardless of where you stand on the moral issue of homosexuality, CLICK HERE and let Fox Sports know directly that this kind of action is intolerance in it's truest form and is unacceptable in a pluralistic society.

As more and more of these types of stories surface, our hope is that rational citizens on both sides of this issue will realize we simply can't continue down this path.