This article by Harvest USA is a few years old but it's application and truths are timeless.  We can all benefit from following its advice and being more acutely aware of how we are in His grip. 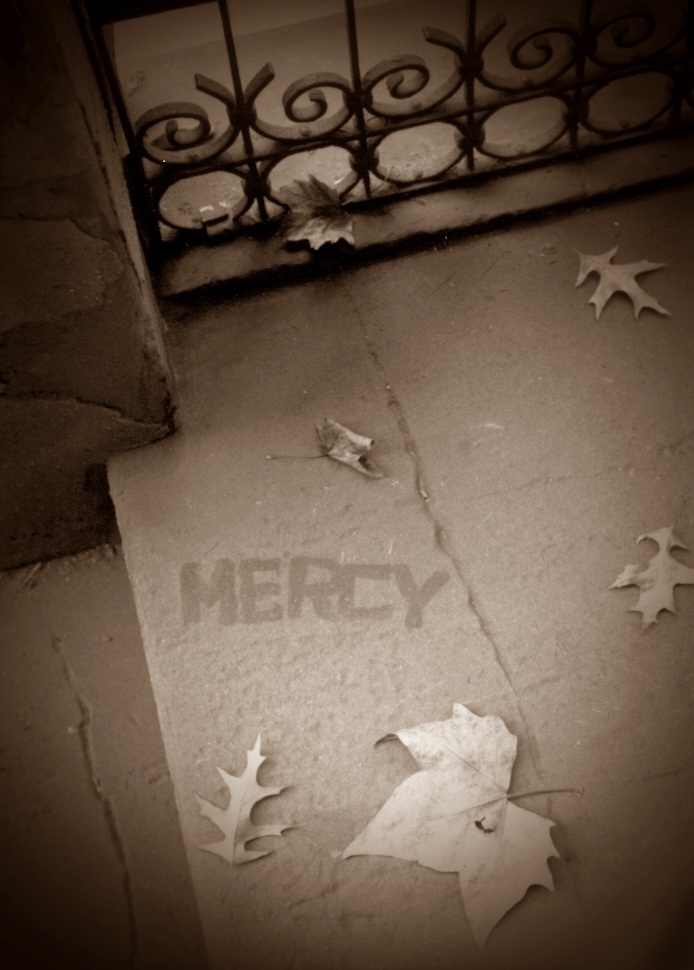 It seems that homosexuality has embraced our culture and the culture has embraced homosexuality. It is a part of the fallen nature of things, that man has always been an expert at creating ingenuous ways to celebrate his brokenness. So, men and women in the gay life have no corner on this. Apart from faith in Christ and submission to the authority of Scripture, we are all experts at rationalizing and justifying what we want to do. The more we live, in any way, outside of God’s design, the more we convince ourselves that what we are doing is OK. This happens on both an individual level and a corporate, cultural level. Homosexuality is not the only thing that was once considered unacceptable or immoral, but later is embraced by the culture (consider abortion and sex outside of marriage).

Scripture says we’re all a mess and that we all need forgiveness and cleansing. Biblically speaking, we’re all in the same boat. We all need the same medicine of the gospel to free us from whatever attachments or idols we cling to--- from whatever we have decided “gives us life” apart from Christ. This realization about ourselves should bring to us a growing compassion for others. Believers in Christ should be the first ones to acknowledge that we still pursue our own personal idols, and it is only by the persistent work of the Holy Spirit in our lives that we become aware of our own sin and the need to repent of it.

Homosexuality is one of those topics that draws intense and passionate reactions. Complex issues of the heart usually do. Christians are in a sort of no-man’s-land here today.   Suggesting to those who have embraced the current cultural position that homosexuality is sinful and not part of God’s design for sexuality appears as uneducated, homophobic and ridiculous. On the other hand, though, suggesting to fellow evangelical believers that God loves and forgives sinners who struggle with homosexuality and that we should do the same may appear compromising and wishy-washy.

While we can oppose the advancement of a social movement that would encourage everyone to embrace this cultural shift by vocalizing our concerns and participating in the political process, for Christians a far deeper response to homosexuality and the gay community is needed. When believers proclaim the gospel of Christ both to gays and to the culture at large in a loving, redemptive manner, punctuated with “grace and truth,” this sets us apart and truly reflects the person of Christ. In such a heated and increasingly emotionalized debate, Christians have a responsibility to represent Christ to a fallen world in four ways.

"Let every person be quick to hear” (James 1:9).  This doesn’t mean looking for loopholes in a debate or seeking a chance to criticize and find fault as you talk about this issue. We must listen in order to understand the “heart thrust” of what a person is saying. This is hard work, a relational skill to be learned. It’s not natural. It takes practice. Listen to what moves other people. Listen for their passions, what they value, what their experience has been (especially with other Christians) and what they fear. 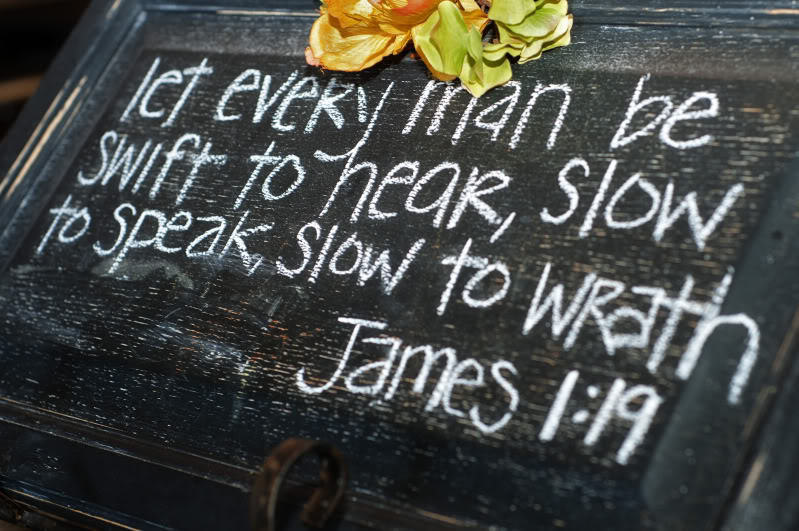 The more you understand a person’s point of view, the more you can profit from it. Why do they think the way they do? What events have led up to their adopting their worldview? What’s been their experience of Christianity—of other Christians or the church in general? What wounds from their family of origin and from other people lie festering in the background? As adults, we’re a composite of all these things—upbringing, personal wounds, cultural norms and our own heart-generated responses to these powerful, shaping influences. Get to know the persons you are talking to so that you truly know who they are. Otherwise, we tend to conveniently lump them into a group, label them on the basis of what we read in the news, and think this is “knowing” them.

“Do you think that these Galileans were worse sinners than all the other Galileans? . . . No, I tell you; but unless you repent, you will all likewise perish” (Luke 13:1-5). Only a redeemed sinner, knowing he stands condemned apart from Christ’s death on the cross, can reach a sinner who doesn’t know he needs redeeming. What’s your motivation when you engage someone with the gospel? Is it to reach lost people with the enduring love that has found you out--- a love that has exposed you as a cut-throat and depraved sinner and yet has embraced you with fatherly love? Is it your own awareness that, at heart, you’re a sham, a misfit, a counterfeit, a phony and that there is nothing good inside you to warrant God’s love, yet He still died in your place to make you whole? Do you really care about homosexuals, as men and women who need the love of Christ, or do you only want them to shut up and disappear? Remember that Jesus said, “He who is forgiven little, loves little” (Luke 7:47). If you have no love for gays, then you have not understood the forgiving love of Jesus in your own life.
Patiently listening and personally repenting also means loving those who are different, who believe differently. Gays have long been “demonized” by Christians, held up as the examples of the worst kind of people. This is grossly unfair and unloving, not to mention grossly unbiblical. No single group of people corners the market on sinful behavior outside of God’s design. There is simply no place for believers to verbally demean or physically abuse gays. If your neighbor or colleague proclaimed to you that he didn’t believe in God, would you go around mocking him? 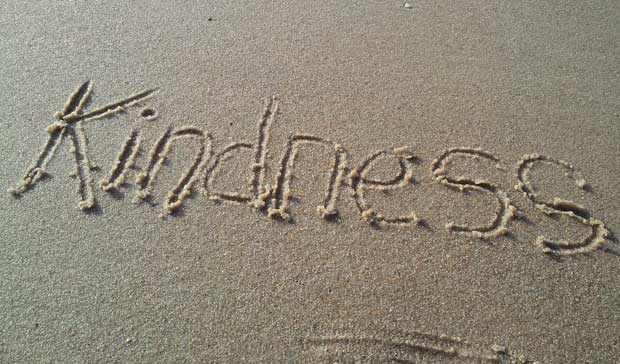 “The Lord’s servant must not be quarrelsome but kind to everyone . . . correcting his opponents with gentleness” (2 Tim. 2:22-25). How do you talk to people who don’t believe what you do? An argumentative, win-at-all-costs approach does not conform to what Paul wrote to Timothy. You need to ask the Holy Spirit to instruct your own heart as you instruct others. Engaging someone “with gentleness” does not mean being weak or vacillating in your argument; it means treating everyone with respect and dignity even when they persistently disagree. An unloving and impatient heart is a hindrance to the gospel message. The Lord’s command to us through the words of Paul teaches us here: “to speak evil of no one, to avoid quarreling, to be gentle, and to show perfect courtesy toward all people.”
“Gently instruct” also means that your words must be grounded in the truth of Scripture, not your own opinion. The real issue regarding what Scripture says about homosexuality is not about whether the key passages are culturally relevant anymore, but whether Scripture in its entirety still has authority over all of life. It should always be the truths of Scripture, and not our demeanor or presentation of it, that people reject.

Do you really care about homosexuals --- or do you only want them to shut up and disappear?

Talking to those who are blind to the reality of their hearts but who live in a world that applauds their sin is both a privilege and a challenge. They are victims of their own sin and the lies and sin of others. Therefore, they’re caught. But they’re also accountable before a holy God for their continued choice to live life on their own terms and not submit their lives to the Lordship of Christ. We must represent both aspects of the truth as we share Christ.

Mercifully Pursue and then Engage the Heart

“Have mercy on those who doubt; save others by snatching them out of the fire, hating even the garment stained by the flesh” (Jude 22-23). God calls us to be neither reclusive nor rude, but to move boldly into confusing, high-stakes situations with the gospel of God’s mercy.
We bring the gospel where it is most needed: to the vocally anti-Christian pro-gay activist, to the mild-mannered clergy who says the love of Jesus means affirming homosexuality as God’s gift, to the confused and scared teenager who fears he’s gay and there’s no other option. Showing mercy means practically caring for people. It means being patiently and persistently available to help those who live in a fallen world. It means lovingly holding our ground against those who say that our beliefs are hateful.

We must not wilt from the irrational heat of those who say that we are hateful bigots merely on the basis that we do not agree with their beliefs. 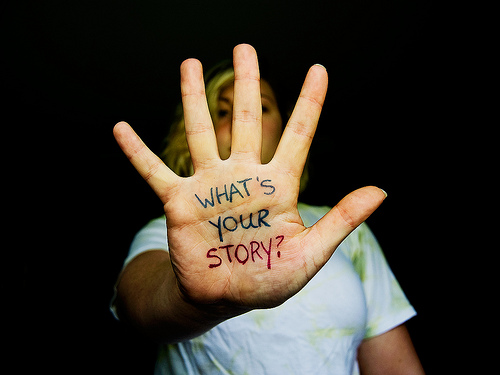 As we do this, we’re able to move into other people’s worlds. Engaging people by asking good questions, respectfully, is an important part of this.   I once approached a man who was marching in a gay rally. Subsequently, I had a two-hour conversation that ended with this man shaking my hand and thanking me for stopping him--- in spite of the fact that I shared the gospel with him! I had listened to him, heard his concerns and engaged his heart with matters important to him. Didn’t Jesus do the same?
My approach appealed to his heart. Listening, asking questions, and engaging people with respect, even if we have fundamental differences, gets people into their story more quickly than anything else. When we take time to get people into their stories, they become more open to us and to the gospel.
Jesus, of course, was the master of all that I’ve just described. We should be, too. His methods are the most under-utilized and missed aspects of evangelism. They also make the deepest and most heart-felt impact, often leaving people wanting more!
Do you like this post?
Tweet