Ethan - you got some splaining' to do 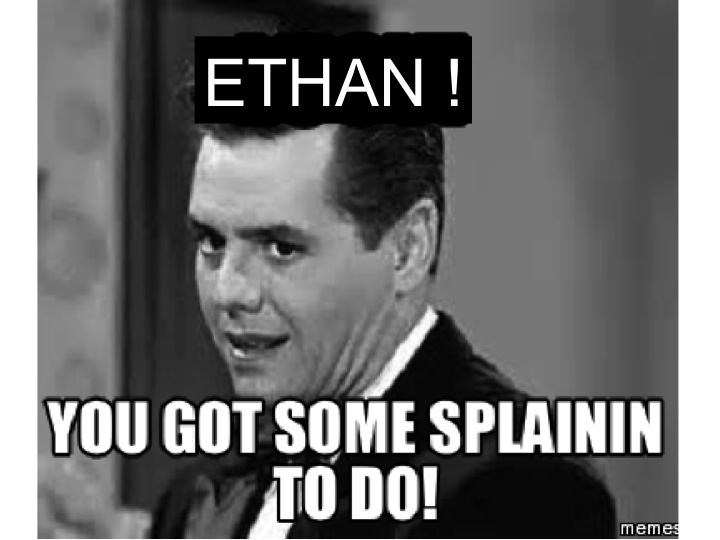 On Sunday, April 26th, Dr. Jerry Prevo, the pastor at Anchorage Baptist Temple, made the comment that Ethan Berkowitz had once said on his radio show that he ‘would not be opposed to a father marrying his own son.’

Roughly 24 hours later, the fill-in for my radio show on KFQD asked candidate for mayor, Amy Demboski,  to comment on Pastor Prevo’s statement.

Laying in bed with a newborn in my arms, my phone began to ring – family, friends and media outlets… ‘Ethan Berkowitz was co- hosting the show with you, you were there. Is it true…?’

It was a debate I had preferred not to engage in, but a conversation I remember well and a day I will never forget.

It was Monday, Oct. 13, 2014, Columbus Day. The topic was same-sex marriage. As I sparred with my co–host Ethan Berkowitz, I brought up the topic of incest. If the argument against incest was grounded in reproduction, and if reproduction was not a consideration in a same-sex marriage, then could a father marry his son?

Yes, a father should be able to marry his son, Mr. Berkowitz informed me. Surely, I thought, he could not be serious. Mr. Berkowitz went on to explain that ‘love is love’ and if it is through a marriage that a father felt he could best provide for, and exemplify his love for his son, then who are we to judge?

After more of an explanation than I could possibly wrap my thoughts around, I interrupted him and suggested he was crazy. Not appreciating the interruption or the labeling of his judgment, my co-host, who had been a friend and confidant, got up and walked out of the studio. It was a conversation I remember well and a day I will never forget.

Individuals will draw their own conclusions and assign motivations. Did Mr. Berkowitz mean it? Did he get too far ahead of himself? Did he choose his words poorly? Those are questions Mr. Berkowitz must answer.
I don’t doubt that the audio file from that day’s radio show has been captured. And if and when it is released, you might just realize, Mr. Berkowitz’s comment, ‘I’m not going to dignify that with a response’, probably says and explains it all right there…perhaps even better than any audio…

The comments that Mr. Berkowitz made on Oct. 13, 2014, belong to him – and only he is in a position to explain them. It is not ‘politics of personal destruction’ nor should it be below him to offer clarity to voters regarding any issue, his values or his thought process.

Bernadette Wilson is the host of ‘Bernadette Live’ on 750am&103.7fm KFQD