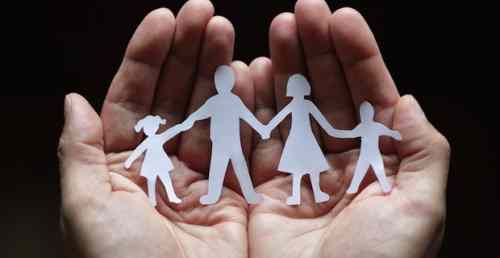 During the coming political weeks and months, there will be much ado about who the most "conservative" candidates are and why. There will be those who rarely act it but wear it proud and loud during election cycles. There will be others who cling to it without really even understanding it or who want to completely refashion it for their likes. In this article, the author takes a stab at what he calls Family First Conservatism and from my vantage point, he nails it. Enjoy his words.

Unless you are already familiar with the political taxonomy, such labels aren’t particularly useful. To truly understand what a conservative believes, it is often more instructive to simply ask what it is they want to conserve.

My own answer to that question would be the one proffered by my intellectual hero, the late, great Russell Kirk: The institution most essential to conserve is the family.

I believe that while ultimate sovereignty belongs to God alone, he delegates authority throughout society to various institutional structures (churches, businesses, the state, etc.). Naturally, these institutions are not immune to the effects of sin or human depravity, but they still retain the legitimate authority given to them by our Creator. Although each of these institutions is important, the most essential and primary is the family.

My political philosophy could be called “family-first conservatism” for I believe in our current period within Western history, the institution of the family should be given pride of place in decisions about public policy and the creation of social norms.

While family-first conservatism is rather limited in scope—merely an emphasis within conservatism rather than a distinct branch—I believe it is robust enough to generate a core set of principles and policy prescriptions. In a future article I’ll outline what those policy prescriptions should entail. For now, here are the core principles, which I have gleaned from the writings of better thinkers than myself, and which I believe could serve as a tentative manifesto of family-first conservatism: CLICK HERE FOR REST OF STORY