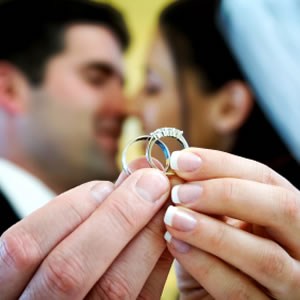 Calling our 1998 State Constitutional Amendment defining marriage as a union between one man and one woman a "blot" that needs to be removed, State Senator Hollis French today introduced a resolution that would eliminate the definition and open up the door for same-sex "marriage" in Alaska.

In a news release, French noted how courts in Oklahoma, Utah and Virginia recently have invalidated those state's marriage amendments completely thwarting the will of the majority of the populations that had, like Alaska, overwhelmingly voted to lift up natural marriage as good public policy.

To pass, the proposal would need two-thirds vote in each of the Alaska State Senate and House before it could qualify for the ballot.

Alaska Attorney General Michael Geraghty has said he will defend the state's constitution, which defines marriage as being between one man and one woman.

French understands he doesn't have a chance to get 2/3 of either chamber to vote to eliminate our marriage amendment so why is he doing it now ?

Well, he's running for Lt. Governor and maybe he thinks this will fire up his supporters.  Liberal Democrats are already with him on this issue though.

My guess is that he's doing it to begin a public dialogue on the issue in order to set up a lawsuit against our marriage amendment.  It's happened in other states and for that reason, we've recently encouraged Alaskans to contact Congressman Don Young and ask him to support the State Marriage Defense Act of 2014 (H.R. 3829) that affirms a state's right to define marriage and prevents the federal government from undermining its definition.

One thing we know for certain. Hollis French and his allies are not going away in their attempt to force all Alaskans to accept same-sex marriage.

As they continue to call us bigots, file lawsuits, introduce legislation and encourage activist judges to overthrow our marriage amendment, we will stand strong for your values and be your voice in the public square articulating why marriage matters, what the consequences are for redefining it and why the Government should lift it up and distinguish it as a critical foundation of our culture.

Please join us today financially, prayerfully and as an engaged citizen.  We need your support and would be privileged to link arms with you.