A Man With Convictions and Courage 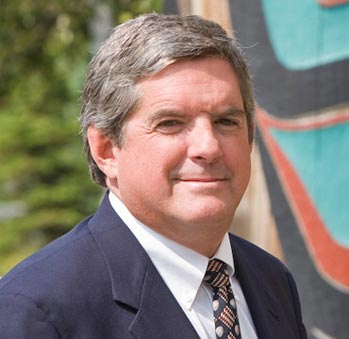 With so many public officials "evolving" on issues and letting go of foundational truths in favor of political correctness and cultural pressure, it is encouraging to witness someone stand firm against the tide of relativism.

It is even more inspiring when that individual happens to be an Alaskan we can claim as one of our own.

Let's all join hands in giving a round of applause for Alaska Attorney General Michael Genaghty for standing up for the rule of law recently in an interviewhe gave where he said he would continue to defend our state constitutional definition of marriage as a union between one man and one woman.

According to a blog/action alert from the National Organization for Marriage, a leading voice for natural marriage in our country and an ally of Alaska Family Action,

"Geraghty's commitment to his duty stands in stark contrast to Attorney General Herring of Virginia. Instead of fulfilling his oath-of-office, Herring not only refused to defend the Constitution of Virginia but actively litigated against the people of his state!"

"Geraghty's position also flies in the face of activist judges across the country who, rather than following the law and Supreme Court precedent, have inserted their own feelings into the matter and tried to impose same-sex 'marriage' on the people of several states."

"Geraghty's commitment to the rule of law and to the will of the people of Alaska is additionally a positive counter-point to the cowardice of Nevada's Governor and Attorney General who have betrayed their people and refused to fulfill their duty to execute and defend the laws of that state."

We couldn't have said it any better and we ask each and every Alaskan to step forward and send a note of thanks to Geraghty now. Click HERE to send that now.