"Should We Speak On Behalf of These Babies ?"

Living in a state with two radically similar U.S. Senators when it comes to issues of life, religious liberty, marriage and every other social/cultural issue, ( Sen. Murkowski and Sen. Begich are two peas in a pod ) its hard to imagine one of our own actually introducing a piece of legislation that protects or strengthens one of these core values.

Until we replace one or hopefully both of them, Alaskans will have to appreciate vicariously the actions of other U.S. Senators who are doing their part to impact culture in a positive way.  U.S. Senators like Lindsey Graham of South Carolina.

Granted, Senator Graham is certainly not known as a conservative on many matters including the debt ceiling, U.S. Supreme Court appointments and ahost of other issues, but yesterday's landmark legislation he introduced that would ban abortion after 20 weeks is to be unapologetically applauded. 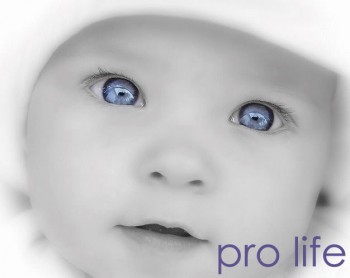 In an article in World Magazine, one of the best sources of news you can obtain, Sen. Graham says of the Pain-Capable Unborn Child Protection Act that “If we can convince the American people to prevent abortions at the 20th week nothing bad is going to happen,” Graham said, anticipating the coming attacks on the bill by the pro-abortion lobby. “Good things will happen. Babies will be born that would not have made it otherwise. And only God knows who they will grow up to be.”

How refreshing to hear that kind of clarity. Is it really so bad that babies who make it to the 5th month of pregnancy get to actually live ? How many women has the pro-abortion movement found who are willing to get up and say - "My life would be better had I aborted my child". It's ridiculous.

Senator Graham went on further to say - “We are talking about a baby that science and medicine is urging the parents to talk to because they can hear you,” Graham said. “The question for us is should we remain silent as a society? Or should we speak on behalf of these babies? My answer is yes.”

The article goes on to say that "15,000 unborn children are aborted each year at 20 weeks into a pregnancy with the vast majority of those being the victim of purely elective abortions performed on healthy mothers and healthy babies."

It is very difficult to overestimate the importance of achieving victory on this legislation that passed the House in July by a vote of 228 to 196 with our own U.S Congressman Don Young supporting it.

The author of the article thinks "this likely will be a key issue in both the 2014 and 2016 elections. Marjorie Dannenfelser, president of pro-life group Susan B. Anthony List, believes this bill marks one of the biggest crossroads in the abortion fight since the Supreme Court’s Roe v. Wade decision legalized abortion in 1973."

“This is an historic moment,” she said. “It won’t be easy, but it certainly will not be impossible. Real lives will be saved and real women will be protected.’”

Graham’s bill so far has 34 co-sponsors in the Senate and he's looking for more.  Hey Senator Murkowski - do you think you might reconsider your longstanding opposition to - oh never mind. We know the answer.