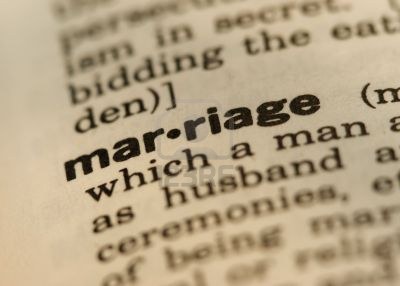 As you might know, Federal judges across the country have been ruling against state marriage amendments in great number.  The fact that most Americans still believe in the sanctity of traditional marriage, that President Obama as well as most liberal politicians only a few years ago supported this objective truth is lost on judge after judge after judge.

Animus and bigotry, in the eyes of the elite judiciary, is all that is and was behind every effort to protect, define and privilege the foundational building block of future generations.

Despite even some in the clergy turning aside from the Truth, marriage cannot change. As Paul said to Timothy, " the time will come when they will not endure sound doctrine, but according to their own desires, because they have itching ears, they will heap up for themselves teachers." 2 Timothy 4:3

I was privileged to be asked recently to take part in a Point/Counterpoint Compass Piece for the Anchorage Daily News opposite Senator Hollis French regarding the issue of same-sex marriage.

May each of us seek to address this issue with more clarity, compassion and confidence.

Life, liberty and the pursuit of happiness. These simple words, found in the Declaration of Independence, helped forge the ideals embedded in the United States Constitution -- a constitution that is the envy of the free world. Why? Because it stands as the finest example of humanity's commitment to freedom and equality.

To be truly free and equal we must, as our founders described, be free to pursue our own vision of happiness. In the spirit of these ideals, this session I introduced Senate Joint Resolution 30. SJR 30 seeks to remove a provision of the Alaska constitution that prevents a large number of Alaskans from pursuing their own happiness; for what is more central to happiness than love and family?

A string of court decisions, most from conservative-leaning states, have led many to conclude that whether or not Alaska acts on its own, judicial intervention from the U.S. Supreme Court is imminent. Courts in Utah, Virginia, Texas, Kentucky, Michigan and Oklahoma have overturned state bans on same-sex marriage using the legal rationales of a recent U.S. Supreme Court ruling.

These decisions are worthy of a closer look. Most remarkable is the uniformity of result. Six judges in six different states have looked at the law and come to the same conclusion. This is strong evidence that Alaska's ban on same-sex marriage will also be struck down when the time comes.

CLICK HERE to read the rest of this editorial 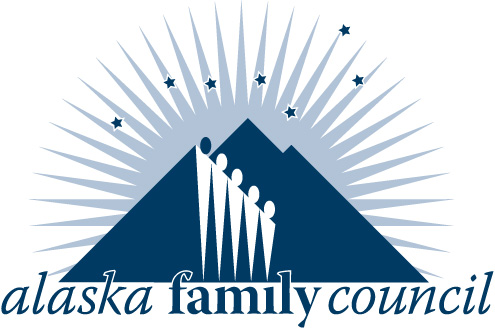 "We hold these truths to be self-evident." That line made sense to people at a time in history. It no longer resonates as clearly to many in this generation. Even the most basic presuppositions are up for grabs.

What is truth? What is a man? Woman? Life? Marriage?

Some have said homosexual marriage is an "irresistible force paradox" which is what happens when an unstoppable power meets an immovable object. The paradox arises because it rests on two premises that cannot both be true at once.

C.S. Lewis said that just as a lock and key are one mechanism and a violin and bow are one musical instrument, "the inventor of the human machine" tells us its two halves, male and female, were made to be combined in pairs.

The creation of man and woman, and their one-flesh union as husband and wife, is the crowning achievement of God's creation. Marriage was the first institution God created -- before civil government and even before the Church itself.

Paul, writing to the Ephesians, said that the "mystery is great" regarding the picture God presents of man/woman unification representing His ultimate purpose for creation. At the same time, we see with clarity that the attributes of man or woman alone couldn't fully explain the imago Dei, "image of God," imprinted on each of us. The true, full image of our Creator is expressed only when the two halves of humanity complement each other and become one.

How does this religious understanding of marriage relate to a secularized nation and the deep desire of same-sex couples to be given "equal justice" and access to an institution that pre-dates politics, church and culture? Are there non-spiritual reasons for defending marriage as a union between one man and one woman?