The story below is a definite cause of celebration for all of those who believe in natural marriage between one man and one woman. It also proves just how important it is for us to organize at the grassroots level and elect leaders who will vote on principal and not be swayed by the political elite.

If you think this doesn't concern Alaska because of our State Constitutional amendment defining marriage, think again.  Ohio passed their own amendment in 2004 and it's currently under assault by gay-rights activists in the Buckeye State. This is an ongoing cultural clash that will continue to unfold. May each of us stand strong in a manner that lifts up Truth in a winsome and compelling manner. 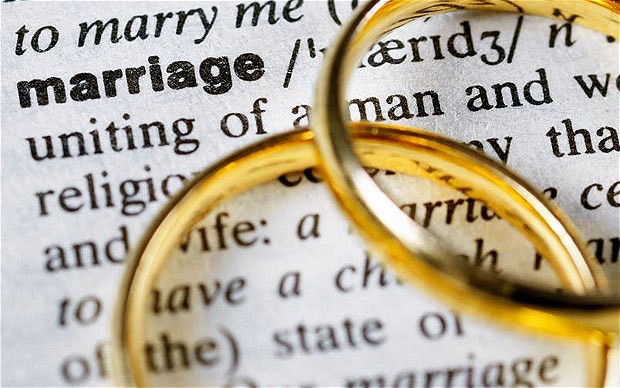 What same-sex marriage advocates won in the Illinois Senate on Valentine's Day 2013 was just reversed.  After weeks and months of hard work to accomplish what should have been easy, gay Democrat sponsor Greg Harris could not muster the votes, while Democrat Speaker of the House, Michael Madigan, did not even call for a vote to establish same-sex marriage in Illinois.

“Today a broad grassroots coalition of Illinois families of Faith of all creeds and colors took on all the Illinois political bosses from Washington to the Governor’s Mansion to Chicago’s City Hall who tried to pay back the homosexual community for their political support,” said Paul Caprio, Spokesman for the Coalition to Protect Children & Marriage.

Equality Illinois and other groups brought in celebrities and generated thousands of phone calls. Governor Pat Quinn pushed hard, purportedly offering back room deals to members of the Black Caucus. But under the leadership of former Democrat Senator the Reverend James Meeks and Bishop Lance Davis, black legislators pushed back.

Representative Monique Davis, when asked by the Sun Times if same-sex marriage is a civil rights issue, said, “Have they ever hung from trees? Were they ever slaves for 500 years? Then I don’t think so."

"I don’t think (the issues are) equal… simple as that," she explained. "African-American people have the same right to be conservative on issues that everybody else has.”

The battle in Illinois began just before Christmas 2012, when same-sex marriage activists moved to call a vote during the holidays. Twelve family groups quickly formed the “Coalition to Protect Children & Families.” In an unprecedented act of cooperation, the Illinois Family Institute rallied thousands to the capitol and Family PAC made over 600,000 calls into legislative districts.

While pastors held breakfasts, the National Organization for Marriage gave financial support and provided expert testimony in Springfield with Dr. Jennifer Rohrbach Morse on the troubling side of same-sex marriage. Cardinal Francis George wrote and spoke with conviction against the proposal, as did Bishop Thomas John Paprocki of Springfield. Churches rallied and, in spite of the odds, to the surprise of Chicago media and the much better resourced gay gobby, pro-traditional family forces stopped the vote.

In the end, it came down to enormous pressure on twenty black Democratic legislators “I think after President Obama came out as a supporter of equal marriage there was a belief that it would be a no-brainer,” Representative Christian Mitchell said. “But I don’t think folks properly understood the influence and role of the church as it relates to African-American politics.”

Illinois is the first state to stop the gay marriage momentum since North Carolina in 2012.