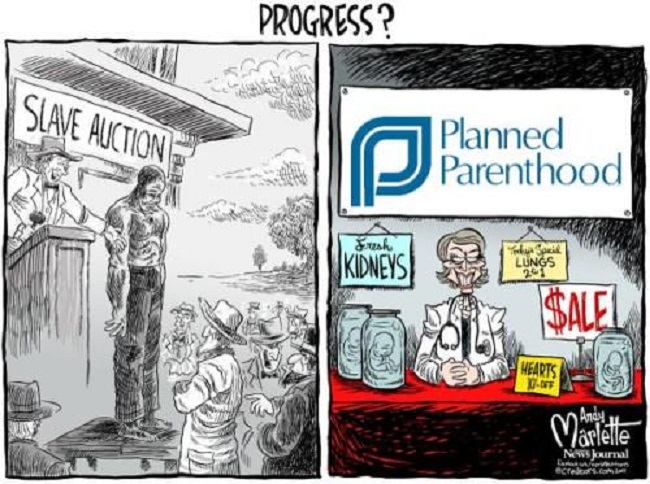 Our Chance To Defund Planned Parenthood

Yesterday, the fourth in a series of videos uncovering Planned Parenthood’s trafficking of human baby organs came out and is the most shocking yet.  In it, employees of Planned Parenthood, while discussing the dismemberment of an unborn baby they just aborted, announce “And another boy!” Almost in a giddy tone. A giddy, dark and horrible tone.

In the video, the Planned Parenthood representative seemingly admits that sometimes the baby is born alive, “…before we are able to see them for a procedure, intact.”  The Planned Parenthood doctor then says, “We’d have to do a little bit of training with the providers or something to make sure that they don’t crush” the baby before they get the valuable organs.  They also callously discuss procuring brains and other organs.

The Planned Parenthood representative also discusses how they would message the for-profit selling if the news ever became public.

Earlier this week, on the same day the third video was released, Politico reported that the $1 billion abortion behemoth has hired yet another big name PR firm to help it deal with the “crisis.”  Interestingly,Politico reports that the firm “circulated a memo to reporters and producers late Monday that discouraged them from airing the undercover videos, arguing that they were obtained under false identification and violated patient privacy.” They are running but they are not hiding well. 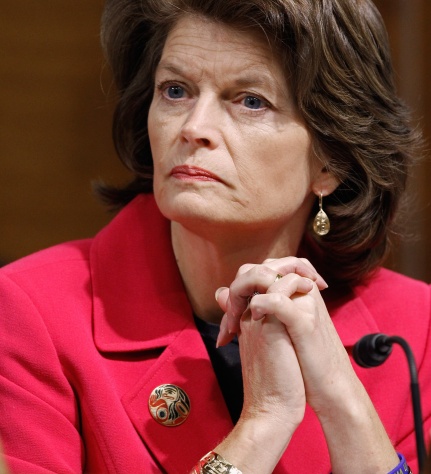 Now Is Our Chance - 3 Things YOU Can Do

1) Contact Senator Lisa Murkowski. Her vote will be crucial.
This coming Monday,or possibly Tuesday, the U.S. Senate will be voting to prohibit the nation’s largest abortion provider from receiving taxpayer funds. According to their 2013-2014 annual report, Planned Parenthood received more than $500 million dollars of taxpayer money. Click HERE for an excellent article from our friends at Focus on the Family on the case for defunding Planned Parenthood.

This undercover investigation has given us a rare moment we cannot let escape. Our nation has been exposed to Planned Parenthood’s dangerous and deadly practices. Now is our chance to cut off their federal funding.

Senator Dan Sullivan has signed on as a sponsor of S. 1881, and if you haven't done so already, please call or email his office to thank him for standing up.  Click HERE for his contact info.

Senator Lisa Murkowski has been silent.  Please CLICK HERE and let her know how important it is that public funding for Planned Parenthood must end. Ask her to vote YES on S. 1881. Let her know that she can remain pro-choice and still cut funding to Planned Parenthood.  Remind her there are many, many other health clinics that can provide services to women. Remind her that Planned Parenthood clinics won't have to be shut down as Federal funding ends. They would still have roughly 60% of their operating budget.

Experts are coming out in droves now to discuss a post-Planned Parenthood America and how health care for women will actually be improved in that environment. This is the best article I've seen on it so far.

3) Pray! Pray this law passes, and that life is protected in America.

Ultimately, while the legalities of selling the organs of the unborn babies just killed has been the center of much of the debate, the videos are really a window into the reality of abortion and the abortion industry.  “And another boy” that was just killed.  It’s a human life that was just taken.  Anyone with any kind of human conscience that watches these videos has to be outraged.