Just Say NO on Ballot Measure 2 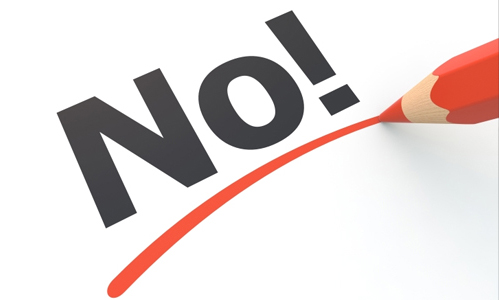 Alaska Family Action recommends a NO vote on Ballot Measure 2 that would decriminalize the recreational use of marijuana.

In Colorado recently, Democrat Governor John Hickenlooper, said during a gubernatorial debate that legalizing marijuana in Colorado was “reckless.” His Republican opponent, Bob Beauprez, agreed. Alaskans should pay close attention to those who have gone before us before they choose to open up the floodgates to big marijuana.

A young John F. Kennedy, having just fought through the horrors of WWII, was compelled to write in his personal journal, “Don’t ever take a fence down until you know the reason why it was put up.” No small display of wisdom for a man just 28 years old.

Likewise, theologian and novelist C.S. Lewis cautioned, “Every age has its own outlook. It is specially good at seeing certain truths and specially liable to make certain mistakes.  We all, therefore, need the books that will correct the characteristic mistakes of our own period.  And that means the old books.”

As Alaskans we are being asked to follow blindly in the steps of Colorado by tearing down the fence which makes the recreational use of marijuana illegal by taxing and regulating it just as we do alcohol.  We should do so only if we understand why its use was made illegal in the first place, and with the certainty we are not making the characteristic mistake of our time.

We need look no further than our own history to find what happens when we tear down fences first intended to protect us.  In 1975 the Alaska Supreme Court essentially did what the supporters of Measure 2 would like to do in 2014:  it legalized recreational marijuana use.  Shortly thereafter the rate of drug use by Alaskan teens was more than double the national average.  The legislature learned the lesson and built another fence:  it recriminalized recreational marijuana.

While others hold a nostalgic view of a bygone era when a few friends sat around smoking a joint and listening to what became classic rock-and-roll, we must understand that the marijuana of today is drastically more powerful than the marijuana of just twenty years ago.

The drug in the marijuana leaf is called THC.  In the 1960’s and 70’s the average potency, or percentage of THC, was about 2%. That rose to 10% by 2009, a five-fold increase.  (See Marijuana Legalization:  The Issues , p.22).“  According to the latest data, the average amount of THC in seized samples has reached 15.1 percent. This compares to an average of just under four percent reported in 1983 and represents more than a tripling of the potency of the drug since that time.” (See US Department of Justice, p.3) 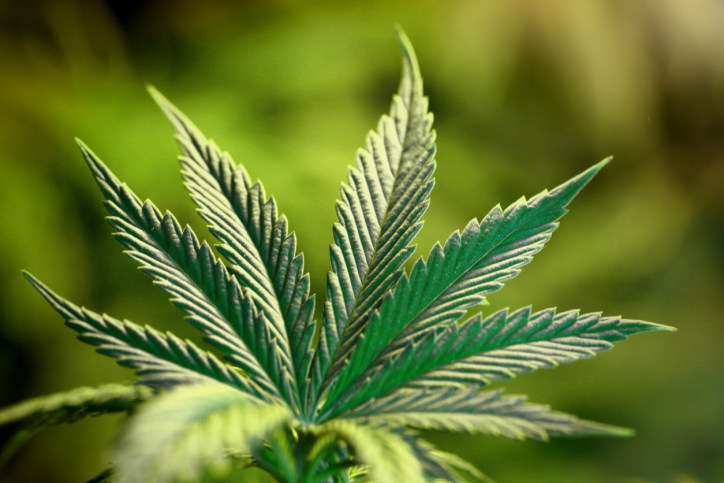 Alaskan grown marijuana is some of the most potent in the world.  What we are being asked then is to make readily available to all Alaskans, including our children, something that is certainly not our parents’ pot.  Indeed, Ballot Measure 2 doesn’t even address, let alone restrict, marijuana with dangerously high levels of THC.

The advocates of Measure 2 would have us believe that marijuana holds some measure of medicinal value. Nothing could be further from the truth. The American Medical Association, the American Society of Addiction Medicines, the American Cancer Society, the American Glaucoma Society, and the American Academy of Pediatrics all find no documented medical value in marijuana use.   (See U.S. Department of Justice , p. 1)

If you think teens are using less marijuana these days, think again.  This from the U.S. Department of Justice: “The 2011 Partnership Attitude Tracking Study found that nine percent of teens (nearly 1.5 million) smoked marijuana heavily (at least 20 times) in the past month.  Overall, past-month teen use was up 80 percent from 2008.” (U.S. Department of Justice ,p. 4)

As I see it then, there are 1.5 million teens in this country who are heavy users of marijuana. And we know that heavy use leads to vastly greater abuse of drugs like crack, cocaine and Ecstasy. But the proponents of Ballot Measure 2 are trying to make marijuana more available, not less!  At some point here we need to question either their reasoning skills, or their motivations.

Others, who claim to be of libertarian bent, believe it is an individual’s right to enjoy a joint as long as it hurts no one else.  It’s a matter of liberty they say.  But what Measure 2 is explicitly designed to accomplish is to compel the state of Alaska to both regulate and tax marijuana just as it does alcohol.  I fail to see how having the government both regulate and tax us more somehow adds to our liberty.

Indeed, to even suggest that someone sitting at home smoking a joint can hurt no one is nonsensical. In Denver, where marijuana was decriminalized two years ago, 39% of violent crime arrestees and 34% of domestic crime arrestees tested positive for marijuana, while over 50 % of arrestees claim to be regular marijuana users. (See Marijuana Legalization:  The Issues ,p. 21)

Even the means by which marijuana is consumed has changed drastically, and not for the better. Much of the pot now being sold in Colorado is packaged as food. Pot bars, pot gummy bears, pot suckers, pot hard fruit candies, pot sodas are the norm. THC, packaged as gummy bears, can do nothing but entice and then harm our children. (See Growing Like a Weed)  (See Why Eating A Marijuana Candy Bar Sent Maureen Dowd To Paranoia Hell )

To think that marijuana is no more problematic than alcohol denies the fact that addiction rates for marijuana users are significantly higher than they are for alcohol.  Of the 16.7 million regular users of marijuana in 2009, 25.7% were either abusers or drug dependent.  Of the 136 million regular users of alcohol, 13.7% were either abusers or alcohol dependent. (See Marijuana Legalization:  The Issues ,p. 21)

Approval of Measure 2 will impose a significant financial cost on our state. The Department of Commerce, Community and Economic Development estimates just the first year implementation costs of Ballot Measure 2 will range from $3.7M to $7.0M.  Just the first year!  And all this just so a small minority of Alaskans can get stoned on some of the most powerful pot in the world… while the rest of us get to pick up the tab.

Even state and local drug sniffing dogs will be in jeopardy, just as they are now in Colorado.  Some departments are considering replacing all their dogs since a dog trained to alert on marijuana can’t reasonably be untrained.  In Alaska it costs $15,000 to buy and equip a drug-sniffing canine.  It costs another $17,000 to train and house it, for a total of $32,000.  If the dog is a dual purpose canine (both drug detection and law enforcement) those costs double!  Who’s going to pay for that?  Not someone making regular visits to the government taxed and regulated neighborhood cannabis store, I suspect.

As some of our citizens rush forward to legalize marijuana the rest of us must first remember that even if Measure 2 passes on November 4th, the possession and use of the drug will not, in fact, be legal. Under federal law it will still be illegal, and prosecuted, albeit weakly, by the federal government.

Keep in mind as you consider supporting Ballot Measure 2, few (0.3%) of those who use marijuana are occasional users (those who use less than once a month); the vast majority are considered “heavy daily users.”  Also note that nationwide 27% of seriously injured drivers also test positive for marijuana, even while more than 333,000 individuals entered drug treatment programs for marijuana addiction in 2011. (See Growing Like a Weed)

Finally, after years helping to lead efforts both for and against ballot measures here in Alaska I’ve learned to always do one thing -  follow the money.  “The Alaska Campaign to Regulate Marijuana Like Alcohol”, the main group pushing Measure 2, received $210,000 from The Marijuana Policy Project (MPP), which is leading efforts across the country to legalize marijuana to include recent efforts in Colorado and Washington.  The MPP is funded by billionaires George Soros and Peter Lewis (late chairman of Progressive Insurance). (See George Soros' Real Crusade) (To track the web of money flowing to groups promoting marijuana, see Going To Pot).

In Colorado, Amendment 64, which is the model for our Measure 2, was 67% funded by Soros and Lewis.   In Washington State the marijuana legalization effort, “New Approach to Washington”, was 68% funded by the two men. Nationwide, Soros gives approximately $4M per year to the “Drug Policy Alliance”, which also advances marijuana legalization nationwide.  To suggest that any endeavor in our country to legalize recreational marijuana is a “grassroots” effort is deceitful at best.  I guess that Soros just wants a piece of the estimated $10-$120 billion marijuana industry. (See How Big Is The Marijuana Market?)

So, we Alaskans are being asked by George Soros, et al, to approve a regulatory and tax mechanism for a dangerous and very addictive drug that will cost all of us a great deal, both financially and culturally, and for what?  Really, for WHAT?!

As C.S. Lewis understood, every age is “specially liable to make certain mistakes.”  The research, and even our own short history, clearly demonstrates that by passing Measure 2 this November we would be making a big mistake.  Let’s keep in mind that Measure 2 has nothing to do with personal liberty but instead asks all of us to put a great deal at risk so that just a few can commune together in an addictive, drug- induced fog as they try to reminisce about an era they may barely be capable of remembering.