"Rehabilitate" Your View on Marriage or Else 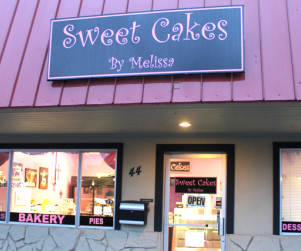 This story has to "take the cake" for sheer honesty by a public official regarding the issue of homosexuality and religious liberty in the public square.

Sweet Cakes by Melissa, a bakery owned by Christians in Gresham, Oregon, is finally shutting it's doors after months of harassment, protests and a vicious boycott by homosexual activists after they refused to bake a wedding cake for a lesbian couple.

After threatening other vendors that even did business with the bakery, gay-rights activists eventually convinced the Oregon Bureau of Labor and Industries to launch a formal discrimination investigation against the Christian family.

Commissioner Brad Avakian told The Oregonian that he was committed to a fair and thorough investigation to determine whether the bakery discriminated against the lesbians.

“Everybody is entitled to their own beliefs, but that doesn’t mean that folks have the right to discriminate,” he told the newspaper. “The goal is to rehabilitate."

That's right. If you hold a traditional, natural view of marriage that is made up of an actual husband and wife, you need to be "rehabilitated" and they are willing to shut your business down if you refuse.  Forget the fact that there were other bakeries that would have gladly made the wedding cake.  This issue is that homosexual activists are at a place now that they cannot tolerate diverse views on sexuality.

As this article demonstrates, this is just one of multiple and growing numbers of cases across the country where people are being asked to check their belief system at their house of worship or stay out of the public marketplace.

As we demonstrated during our successful effort to stop Proposition 5 in Anchorage, Alaskans have the ability to demonstrate tolerance while still cherishing and protecting the religious liberties that are foundational to our way of life and to our nation's origin.

With the recent U.S. Supreme Court ruling regarding gay "marriage", we can expect many more assaults on our personal freedoms in the coming months and years. Be thankful we have defined marriage in our own Alaska State Constitution as a union between one man and one woman and stay educated as we defend our rights with grace and humility.