With Federal activist judges across the country in conservative states like Texas, Utah, Virginia and Oklahoma ruling that state constitutional definitions of marriage are illegal, I can empathize with the sentiment on a certain level.

It really is just a matter of time before a lawsuit is filed in Alaska and another judge trumps the will of the people and the State legislature.  Remember, it took 2/3 of the Alaska State Senate and House and a majority of the citizens (68% actual support) to pass our marriage amendment back in 1998.

The author goes on to say that under one possible future scenario, "pressure would be brought to bear wherever the religious subculture brushed up against state power. Religious-affiliated adoption agencies would be closed if they declined to place children with same-sex couples. (This has happened in Massachusetts and Illinois.) Organizations and businesses that promoted the older definition of marriage would face constant procedural harassment, along the lines suggested by the mayors who battled with Chick-fil-A. And, eventually, religious schools and colleges would receive the same treatment as racist holdouts like Bob Jones University, losing access to public funds and seeing their tax-exempt status revoked."

He goes on to say that in times past, our differences as Americans might have worked themselves out amicably and the scenario above wouldn't have been inevitable but, in light of recent events in Arizona, it looks more and more likeintolerance is the new tolerance.

In case you missed it, my counterpart in Arizona, Cathi Herrod with the Center for Arizona Policy, has made national headlines lately (see this Huckabee Report) for their attempt to simply clarify in a bill whether current religious freedom protections can be invoked when business owners like florists, bakers, photographers, counselors and adoption attorneys are forced by the state to use their creative gifts to provide services to same-sex couples against their deeply held convictions regarding marriage. 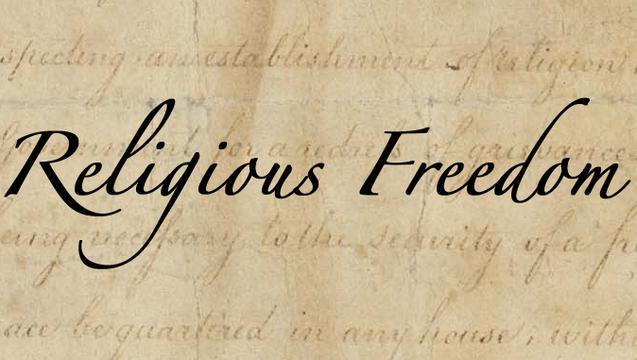 Although the bill was passed in the Arizona legislature, the normally conservative Governor Jan Brewer caved in to massive pressure, intimidation and lies foisted on her by corporate progressives and vetoed the legislation. In addition to threats from Apple and American Airlines, Governor Brewer even heard from higher ups in the National Football League (NFL) with the not so veiled threat that the 2015 Super Bowl, scheduled to be in Arizona, might be cancelled unless she axed the bill and kept in line with the LBGTQ activists.

Welcome to the new world of our way or the highway.

Ultimately, whether most people admit it or not, this is a religious freedom issue and it isn't going away.  You'll recall back in 2012, Alaska Family Action organized the opposition to Proposition 5, a sexual orientation/transgender non-discrimination ordinance that would have significantly infringed on the rights of businesses, individuals and faith based groups to operate according to their deeply held convictions.  Common sense prevailed and we received widespread support from those in our community who believe in both tolerance and the freedom to practice your faith in the public square.

With State Constitutional marriage amendments falling like dominoes, people like Senator Hollis French calling ours a "blot" that needs to be removed, there is certainly no doubt turbulent times are ahead for those who hold a natural, Biblical view of sexuality.

At the same time, as Lord Tennyson said..."Tis not too late to build a newer world." These are trying times but they are defining times. It is our privilege and responsibility, as the Apostle Paul knew so well "to figure out which pagan poets and philosophers we can quote in order to speak the Gospel in a new way. It’s mission territory, not lost ground."