We Need Stoltze In The State Senate 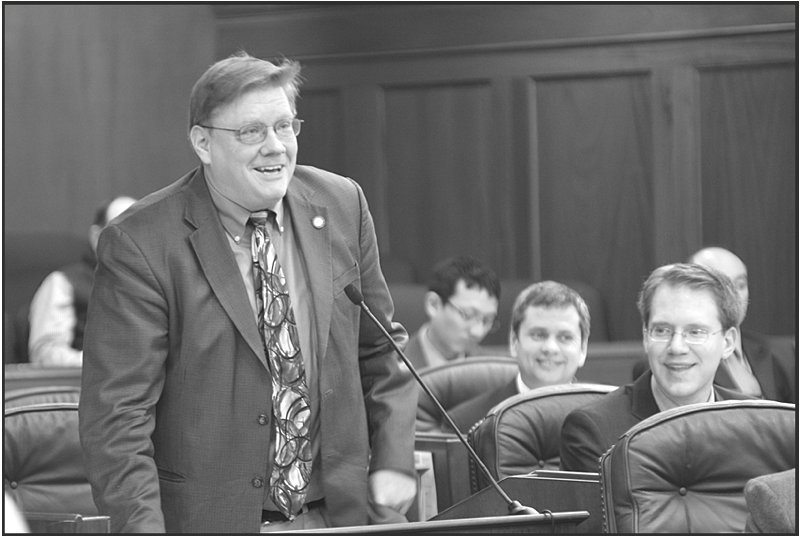 Each election year, the AFA Board of Directors studies legislative races around the state.   Occasionally we make recommendations to support or oppose certain candidates – especially when the stakes are high for the conservative policies we support in Juneau.

Our very first “thumbs up” recommendation in the 2014 election goes to candidate Bill Stoltze, who is running in the Republican Primary for Senate District F.  This includes Chugiak, Palmer, Butte, Lazy Mountain and other neighborhoods in the Mat-Su.

Bill Stoltze is a solid conservative.  He’s pro-life and pro-family.  He supports school choice and supports judicial reform.  Now, you may be thinking: don’t we hear that same rhetoric from LOTS of candidates, especially in Republican primary elections?  Yes, we do.  But the difference here is that Bill Stoltze has a proven track record.  Stoltze is finishing up his 12th year of service in the State House, and before that he worked 20 years as a legislative aide.  What happens when you combine rock-solid conservative values, with 32 years of experience?  Someone who actually gets things accomplished.

PRO-LIFE: Stoltze played a crucial role this year in helping secure legislative approval of SB 49, the legislation to end taxpayer funding of elective abortions.  Over the course of a dozen years, he has cosponsored and/or voted for bills to require parental notice before a minor’s abortion; to require informed consent before abortion; to allow “Choose Life” license plates; to permit civil liability actions in the case of wrongful death of an unborn child, and other policies as well.

PRO-FAMILY: Stoltze supports traditional marriage, and he cosponsored legislation to reserve the rights and benefits of marriage to only a union of one man and one woman.

There’s a simple “bottom line” in the Senate District F race: we urgently need to keep Bill Stoltze’s experience working for us in Juneau.

TAKE ACTION: Please click here to see a map of Senate District F -- it’s the area on the map shaded in purple and green and marked 11-F & 12-F.  IMPORTANT: Even if you don’t live in District F, please forward this email to any friends, family members, or co-workers who are voters in this district – and kindly urge them to support Bill Stoltze in the August 19 primary election.