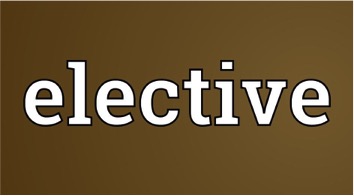 When Laura Einstein, Chief Legal Counsel for Planned Parenthood of the Great Northwest, was asked by then Senator Fred Dyson in a legislative hearing what an elective abortion was, she paused awkwardly.

"We've heard of the term 'elective abortion' but we don't know what that means."

She really had no choice in her response.  Whatever she identified as an elective abortion, the Alaska Supreme Court had made it clear that State Medicaid funds were not required to pay for them. Laura Einstein knew she had to testify that all abortions are "medically necessary."

The hearing was for SB49, a bill that would end the State's practice of paying for elective abortions through Medicaid.  Medical experts and specialists in neonatology from across the country testified that in fact there are instances where an abortion is "medically necessary" and the mother's life would be in danger from carrying the baby to term. Very rare cases.

A comprehensive, medically verifiable list of conditions was identified and the bill was passed by the Alaska Legislature and signed into law by Governor Sean Parnell.

Fast forward to yesterday. One lawyer on the Alaska Superior Court arrogantly ruled that he was stronger and more constitutionally aware than the entire two other branches of Government.

Here's the most disturbing part.

As we've pointed out before, Judge John Suddock's former law firm, Suddock and Schleuss actually joined forces with Planned Parenthood and the ACLU in a lawsuit against the State of Alaska regarding Medicaid payments for abortions.

JOHN SUDDOCK'S FORMER LAW FIRM REPRESENTED PLANNED PARENTHOOD ! Can you say conflict of interest ? Imagine a case before a judge regarding environmental regulations on the North Slope and the sitting judge's former law firm represented ConocoPhillips or Shell or BP. The other side would go ballistic.  This epitomizes arrogance and irrationality. There is simply no way to defend Suddock staying on this case. He did exactly as Planned Parenthood wanted and expected.

Our next hope is that the State of Alaska will immediately appeal and this case will end up at the Alaska Supreme Court. We'll keep you posted as progress is made. Thanks for staying engaged.