Just Say No to Suicide Bill 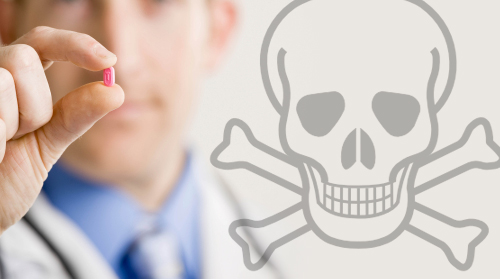 Let’s say “NO” to assisted suicide

The Alaska Legislature on Thursday, April 9th, tomorrow, will hold its first hearing ever on a bill that would allow physicians to prescribe lethal drugs for the express purpose of causing the death of their patients.

However, if you search through the legislative schedule for this week, you’d have a hard time even noticing this bill.  That’s because it’s listed by its very soothing official title – “Voluntary Termination of Life.”  Sponsored by Representative Harriet Drummond (D-Anchorage), House Bill 99 proposes to bring Oregon-style assisted suicide to Alaska.

I don’t always agree with the political views of the American Medical Association, but their statement in opposition to doctor-assisted suicide hits the nail on the head:

“…allowing physicians to participate in assisted suicide would cause more harm than good. Physician-assisted suicide is fundamentally incompatible with the physician’s role as healer, would be difficult or impossible to control, and would pose serious societal risks.  Instead of participating in assisted suicide, physicians must aggressively respond to the needs of patients at the end of life.  Patients should not be abandoned once it is determined that cure is impossible.” (AMA Code of Medical Ethics, Opinion 2.211, emphasis added).

Supporters of assisted suicide often point to laws in Oregon and Washington as “success stories” that should be emulated.  I suppose that success, like beauty, must be in the eyes of the beholder.  The reality is that the “societal risks” the AMA warns about have been quietly unfolding in Oregon and Washington, just as critics predicted.  The Disability Rights Education & Defense Fund (DREDF), which strongly opposes doctor-assisted suicide, has helped shine the light on some of the many problems with assisted suicide laws.  DREDF senior policy analyst Marilyn Golden wrote an excellent op-ed for CNN, “The Danger of Assisted Suicide Laws,” which you can read here.

ACTION ITEM No. 1: If you are interested in providing verbal testimony at this Thursday’s hearing, please email us at [email protected]   Testimony from health care professionals (doctors, nurses, hospice workers, etc.) is especially helpful to us.

ACTION ITEM No. 2:  Please take a moment to call or email the members of the House Health & Social Services Committee.  Respectfully ask them to OPPOSE HB 99 and keep Alaska free of doctor-assisted suicide.