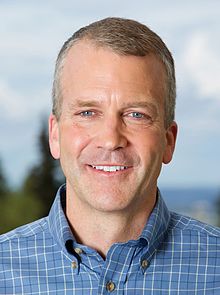 A U.S. SENATOR WHO IS SERIOUS ABOUT OUR FIRST AMENDMENT RIGHTS

Please call or email Alaska U.S. Senator Dan Sullivan and thank him for recently coming on board as a co-sponsor of the First Amendment Defense Act (FADA). S.1598

Now that the five lawyers on the U.S. Supreme Court have illegitimately prevented citizens from defining marriage, it's time for the other equal branch of Government to push back.

Similar to sensible legislation that prevents health care professionals from being forced to violate their deeply held convictions regarding abortions, FADA would prevent any agency from denying a federal tax exemption, grant, contract, accreditation, license, or certification to an individual or institution for acting on their religious belief that marriage is a union between one man and one woman.

As Chief Justice John Roberts noted in his dissenting opinion, "Federal courts are blunt instruments when it comes to creating rights,” Roberts writes, because “they do not have the flexibility of legislatures to address concerns of parties not before the court or to anticipate problems that may arise from the exercise of a new right."

Public officials rarely hear from constituents when they have done something right.  Please...let Senator Sullivan know how much you appreciate his willingness to stand in the gap.