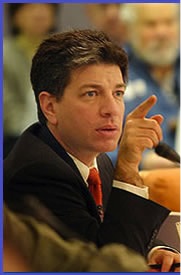 The Radical Record of Ethan Berkowitz

(and why it matters in a local election)

Even if you don’t live in Anchorage, you probably have friends or family members or co-workers who do.  Please forward this email and remind them to vote in the crucial election on Tuesday, May 5!

The local (liberal) media never misses a chance to lecture us that the race for Anchorage Mayor is “non-partisan.”  It’s all about fixing potholes, you see, and so divisive cultural issues like abortion and gay marriage are just noisy distractions from the real issues.  But there are several reasons why social and cultural issues really DO matter in this election.  Here are just two:

1)   The Mayor has power:  If you doubt whether an Anchorage Mayor is relevant on social policy, think back to 2009 when the Anchorage Assembly passed Ordinance 64.  This was the freedom-killing measure that would make it a crime for, say, a local Christian florist to refuse to participate in a homosexual wedding. The measure that would also make it a crime for a Catholic adoption attorney to refuse to place a child in a gay or lesbian or transgender led home because the home was without a mother or father. The only reason that measure didn’t become law in 2009 is because Mayor Dan Sullivan vetoed it.  A few years later, 57 percent of voters said “Amen” to Mayor Sullivan’s veto when they rejected Proposition 5.  But without Sullivan’s veto, Prop. 5 would have been a moot point.

2)   Upward mobility:  People who become Mayor of Anchorage often run for, and sometimes win, statewide office – where they can wield even more power on issues that matter to social conservatives.  Mark Begich and Tony Knowles are two obvious examples.  In the case of Ethan Berkowitz, we don’t need to wonder if he’s that ambitious.  He’s already run for statewide office – three times!  He ran for Lieutenant Governor in 2006, Congress in 2008, and Governor in 2010.

Candidate Ethan Berkowitz is using his enormous financial resources from public employee labor unions to craft a politically moderate image.  Don’t be fooled.  Berkowitz served for 10 years in the state legislature, and his voting record in Juneau reveals he could not be further to the left.  Here are just a few highlights: 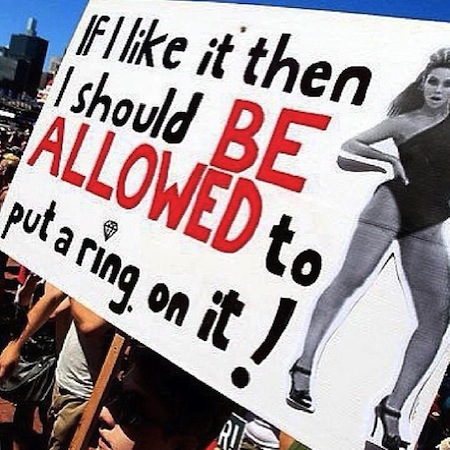 Let’s give credit where credit is due: long before Barack Obama and Hillary Clinton “evolved” in their positions on gay marriage, Ethan Berkowitz thought it was a great idea for men to “marry” other men.  Way back in 1998, Berkowitz voted NO on SJR 42 – the proposed constitutional amendment to protect the “one man, one woman” definition of marriage in our state.

Do you think that a 13-year-old should be able to get an abortion in Alaska – without a parent’s consent?  Ethan Berkowitz does.  He voted NO on SB 24, the bill that was overwhelmingly passed by the Alaska Legislature to require a parent’s consent before a minor’s abortion. Alaska Family Action led the effort in 2010 to introduce and pass Ballot Measure 2 demonstrating once again that Berkowitz is out of touch with Alaskans.

Remember this one?  In the barbaric “partial birth abortion,” the baby is partially delivered, and then the doctor stabs the baby in the back of the skull, to create a hole large enough so that a suction catheter can be inserted to suction the baby’s brains out.  This procedure was so horrific that Congress voted to ban it, the President signed the ban, and the U.S. Supreme Court upheld the constitutionality of the ban.  But in Alaska, Ethan Berkowitz voted NO on the legislation to ban partial birth abortion (HB 65 – 3-20-97).

Berkowitz’ opposition to HB 65 was particularly memorable when he lost his temper during a committee hearing, after a pro-life witness compared the partial-birth abortion procedure with the practices of doctors in Nazi Germany.  Berkowitz attempted to interrupt and harangue the witness (a no-no during committee hearings) and had to be silenced by the committee chair, before the hearing could continue.

What about a bill to ensure that women considering abortion are fully informed before this elective procedure?  Shouldn’t doctors have to disclose to these women issues like health risks of the abortion procedure, alternatives to abortion, etc. – so that each choice is an informed choice?  The Alaska Legislature passed a bill (SB 30 -- 2004) to make sure that women have this information – and Ethan Berkowitz voted NO.  In case you were wondering if “pro-choice” really means “pro-ignorance,” now you have your answer. 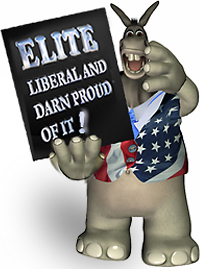 IT’S MY CHOICE – AND YOU HAVE TO PAY FOR IT!

The State House once considered and passed legislation that attempted to stop the scandal of tax dollars being used to pay for abortions (HB 234 – 02/02/1998).  Ethan Berkowitz voted NO.  Do you get the mentality?  When it comes to social issues, progressive Democrats sound a lot like libertarians, always casting each issue as a matter of personal autonomy and freedom.  But when the issue of money comes up, then they revert back to pure socialism.  Everybody has the freedom to make bad choices – and then the government forces you to pay for your neighbor’s bad choices.  Welcome to the worldview of Ethan Berkowitz.

In 2006, Ethan’s last year in the Legislature, the House and Senate took up legislation (SB 20) that would create various criminal offenses for causing the death of an unborn child – outside of the context of abortion.  In other words, if a pregnant woman is assaulted on the street, and an attacker kicks her in the stomach and kills her unborn child… well, there’s going to be a criminal charge connected to the death of the child, separate and apart from the crime of assault against the mother.  The bill contained specific language saying that it did not apply to a woman who voluntarily chooses to kill her child through a legal abortion.

Does that sound like a measure that both “pro-choice” and “pro-life” lawmakers could agree on?  Well, quite a few lawmakers on opposite sides of the abortion issue DID agree – and SB 20 is now the law of the state of Alaska.  It passed the House of Representatives with a 75 percent supermajority vote.  But not with the help of Ethan Berkowitz.  He voted NO.  Remember Planned Parenthood’s infamous slogan, “every child a wanted child”?  With his vote against SB 20, Rep. Berkowitz basically said that even wanted children have no rights under the law.

VOTE YOUR VALUES ON MAY 5!

Don’t be misled by the soothing lie that local elections are just about fixing potholes.  Every election features competing worldviews, from the local School Board to the White House.  The choice on May 5 could not be clearer.  The Alaska Family Action Board has proudly voted to endorse Amy Demboski for Mayor.  Please make sure to get to the polls Tuesday, May 5th.

This communication was paid for by Alaska Family Action, Inc., Anchorage, Alaska.  I am Jim Minnery, President of Alaska Family Action, Inc., and I approve this message. This NOTICE TO VOTERS is required by Alaska law.  We certify that this communication is not authorized, paid for, or approved by the candidate.  Top three contributors are Lawrence Partusch, David Hultquist, and Alaska Pro Truckers of Anchorage.